COMPASS is a scanning ophthalmoscope combined with an automatic perimeter that provides confocal images of the retina, as well as measurements of retinal threshold sensitivity, under non-mydriatic conditions.

Fundus automated perimetry is a technique that images the retina during visual field testing, enabling a correlation to be made between visual function and retinal structure.1

Use of Fundus Automated Perimetry in the clinical management of glaucoma has been limited so far, as available systems were lacking compliance with the standards of automated perimetry. COMPASS overcomes such limitations and brings visual field analysis to the next level!

In particular COMPASS, for the first time, extends field coverage to 30° + 30° and employs luminance parameters and a sensitivity scale as used in standard automated perimetry.

As a perimeter, the system offers full compatibility with standard 24-2 visual field testing and contains an age-matched database of retinal sensitivity in normal subjects.

“Compass: Clinical Evaluation of a New Instrument for the Diagnosis of Glaucoma”

Evaluation of Compass, a new instrument for glaucoma screening and diagnosis that combines scanning ophthalmoscopy, automated perimetry, and eye tracking. 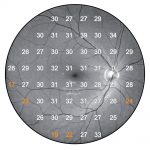 Superior quality of color and red-free images
As a retinal imager, COMPASS uses a confocal optical system, similarly to SLO systems, to capture TrueColor images and to provide Red-free images of superior quality. In addition, a high resolution live image of the retina obtained using infrared illumination is available throughout the test. 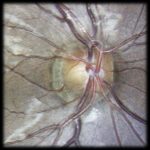 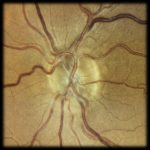 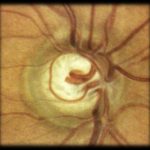 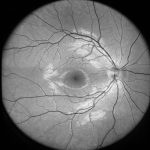 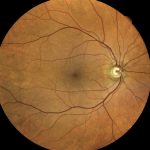 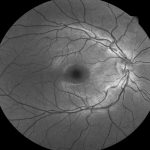 Retinal Tracking
Retinal tracking is at the heart of Fundus Automated Perimetry.

Infrared images, acquired at the rate of 25 images per second, allow for continuous, automated, tracking of eye movements. Determination of eye movements yields to Fixation Analysis, where the location of the functional site of fixation and its stability are computed.

Fixation analysis is unique to Fundus Automated Perimetry. Retinal tracking also yields to active compensation of fixation losses, with perimetric stimuli being automatically re-positioned prior to projection based on the current eye position. This mechanism is critical to ensure accurate correlation between function (i.e. retinal threshold values) and structure (retinal appearance). 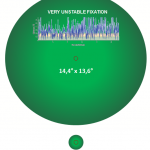 Color confocal imaging
SLO systems are superior to conventional fundus cameras in many ways, as they exploit a confocal imaging principle, which limits the effect of backscattered light from deeper layers and provides enhanced image quality in terms of contrast and resolution. Another major advantage of SLO systems is that they operate with much smaller pupils than non-confocal instruments.

Introduction to COMPASS (US version): the first device that, combining standard 24-2 Visual Field testing and TrueColor Confocal imaging of the fundus, allows simultaneous assessment of structure and function. COMPASS ensures high accuracy performances thanks to its Real Time Retinal Tracking.